Join our session to find out how today's savvy leaders and organisations use social networking, social listening and social selling to outcompete their peers. An opportunity to network, meet your peers and the BestCities partner destinations and come away with practical insights:

Position your Organisation as a Thought Leader

by influencing your industry, leading the conversation and becoming the go-to resource for your current and future members.

Unleash the Power of your Ambassadors

by giving your team members the tools to connect with your professional community, tell your story and humanise your brand.

Leverage the Power of Social Networking

by using the two-way nature of social networks to find, engage and attract your future members, funders and partners.

All participants will be given an action plan to get you started and have the opportunity for 1:1 meetings with our guest speaker Flo to get practical advice and tips. 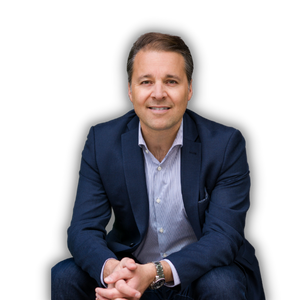 As a natural communicator, leader and entrepreneur, Flo has produced multimedia projects globally since 2008.

In 2017, he co-created TheFutureEconomy.ca, an impressive Canadian-focused site of leader interviews on the future economy, and built an influential national network and social media following in the process. Previously for a decade, Flo produced high-profile investment profiles in Africa, the Middle East, Southeast Asia and eventually in Canada, where he also organized 3 high-level conferences in Alberta.

Flo speaks 4 languages, he has lived and worked in 12 countries and 3 Canadian provinces (AB, BC, QC), he has conducted over 1,500 top-level leader interviews globally, 1,000 of which in Canada.

Places for the session are limited so register today to secure your spot!

Click here to register for the BestCities Breakfast Session

For any questions relating to the event please contact: